Gagarin was hired to design and install a new exhibition at Ljósafossstöð, one of Iceland’s oldest hydro stations. The occasion was the 50th anniversary of Landsvirkjun, the National Power Company of Iceland. The aim was to create a highly interactive and modern visitor center where everyone could learn about the basics of the nature of electrical power, the discoveries that led to the mass production of electricity and the development of harnessing renewable energy in Iceland today. The exhibition was designed in collaboration with Tvíhorf Architects.

The result is a bright and inviting exhibition, turning the hydro stations into an attractive new destination in the beautiful countryside close to the UNESCO heritage site of Þingvellir. Visitors are invited to dive into the essence of electricity and become inspired by this phenomenon, from the smallest electron to the fascinating engineering that powers all of our modern worlds. A large part of the exhibition consists of a powerful sound and kinetic light sculpture which is an ode to the natural phenomena that form the foundation of Iceland’s renewable electricity production.

Gagarin was hired to design and install a new exhibition at Ljósafossstöð, one of Iceland’s oldest hydro stations. 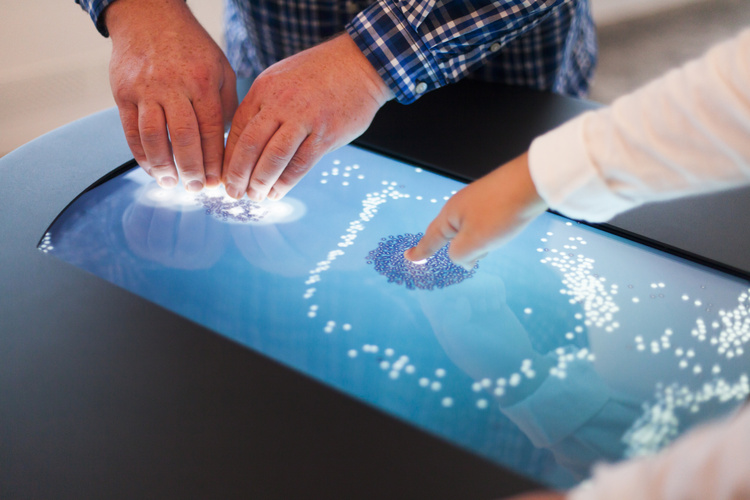 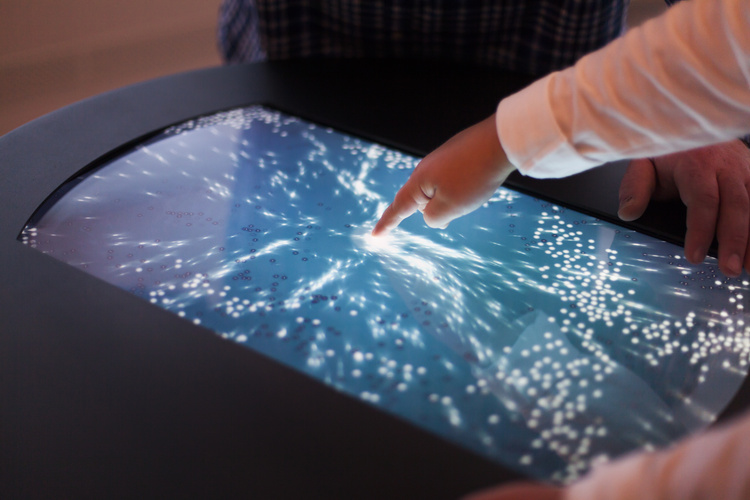 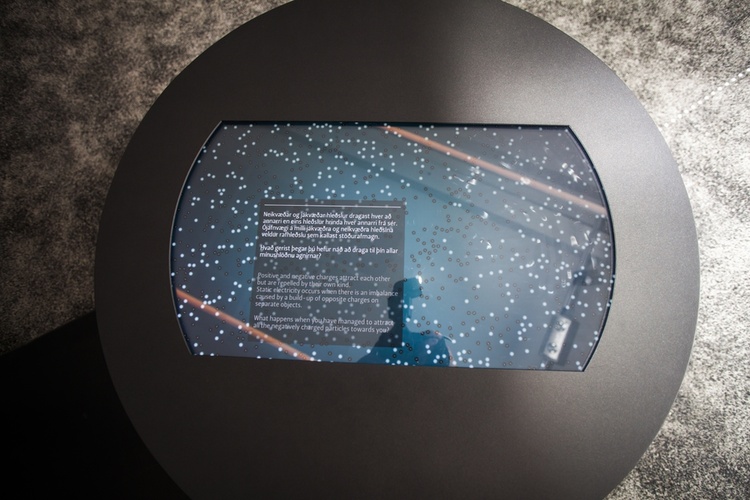 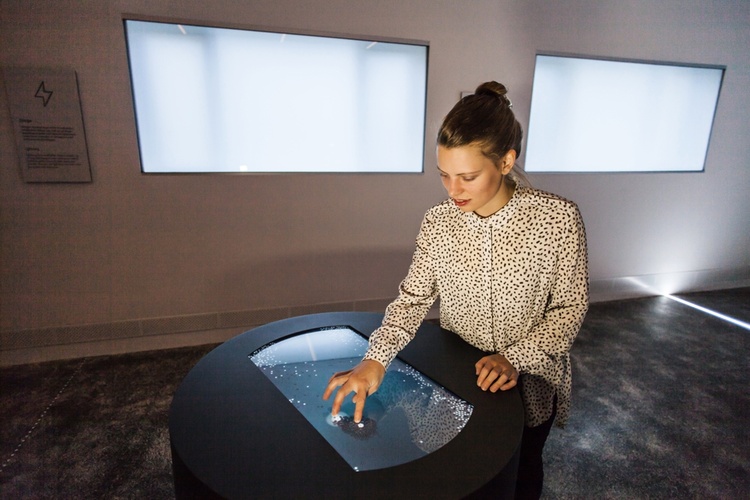 The Lightning is an interactive table with lingering particles. The particles are positive and negative charges that attract each other but are repelled by their own kind. When visitors collect the negatives by stroking their fingers along the surface, an imbalance caused by the build-up creates a bolt of thundering lightning, similar to what one experiences in nature. 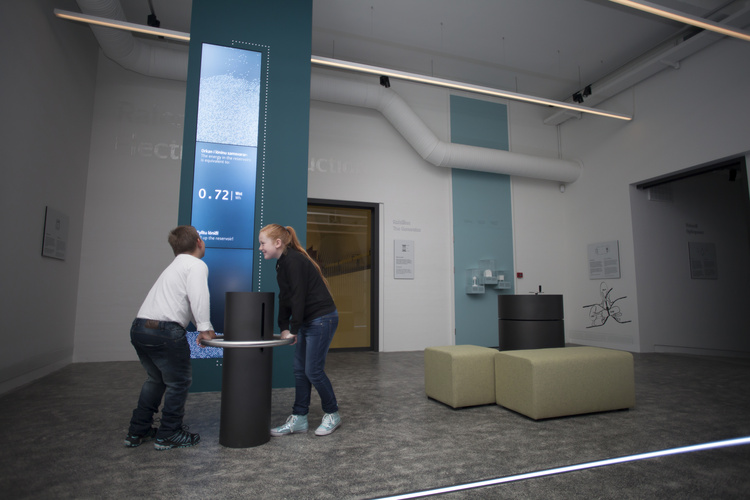 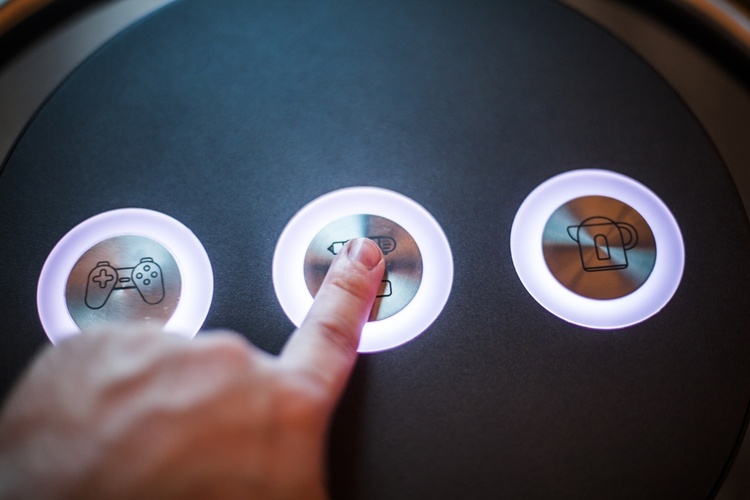 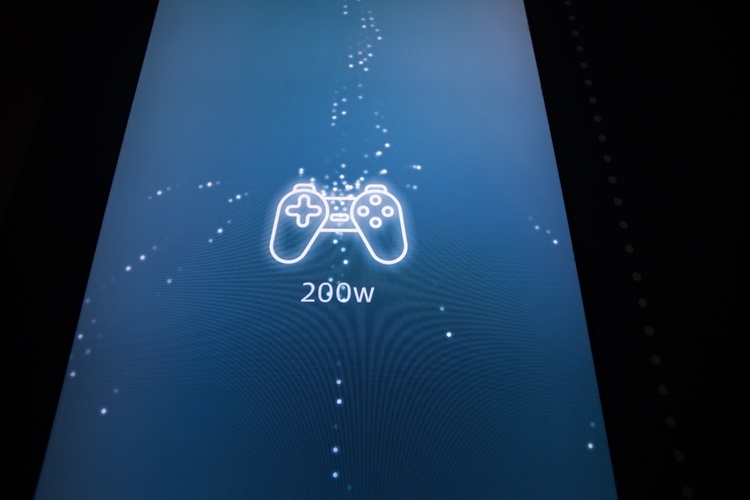 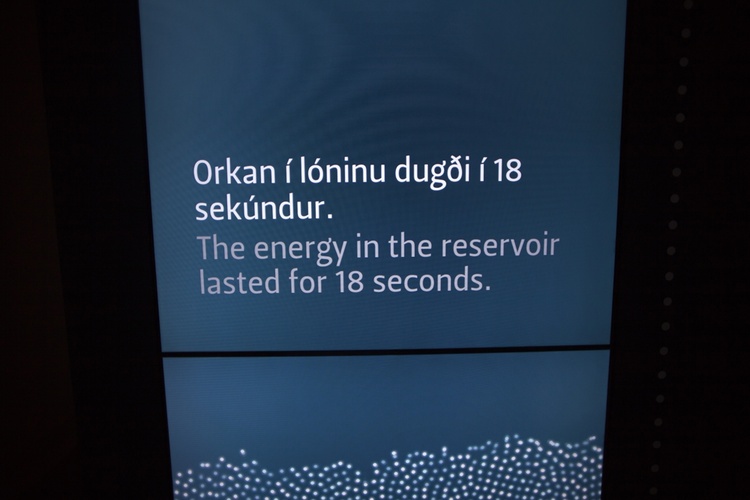 The Reservoir is operated by visitors pumping virtual water to fill a reservoir. They learn that the energy they put into filling the reservoir with water becomes stored energy that can be used to power appliances. 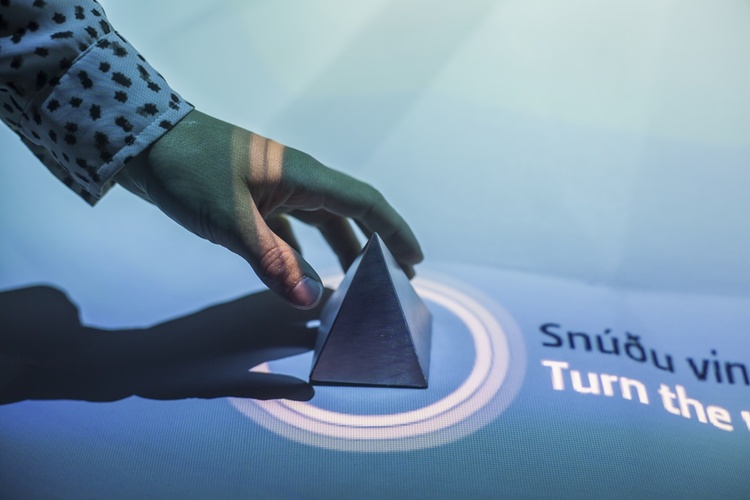 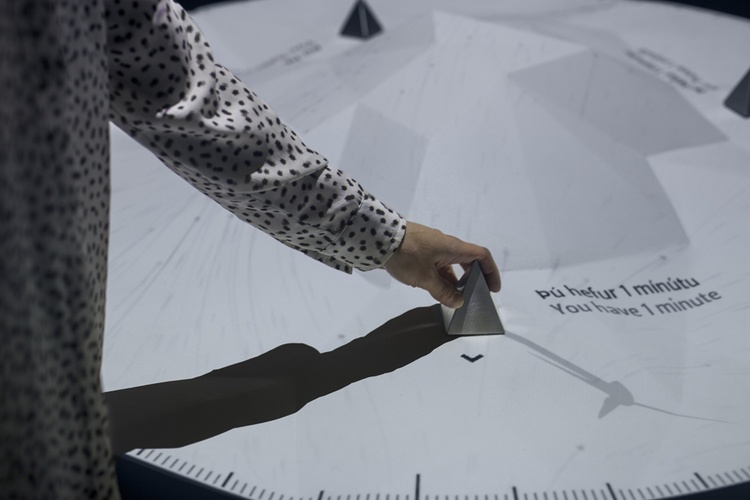 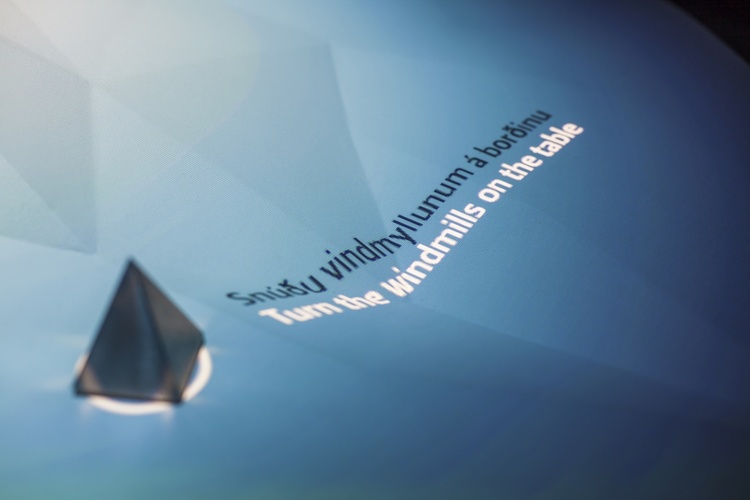 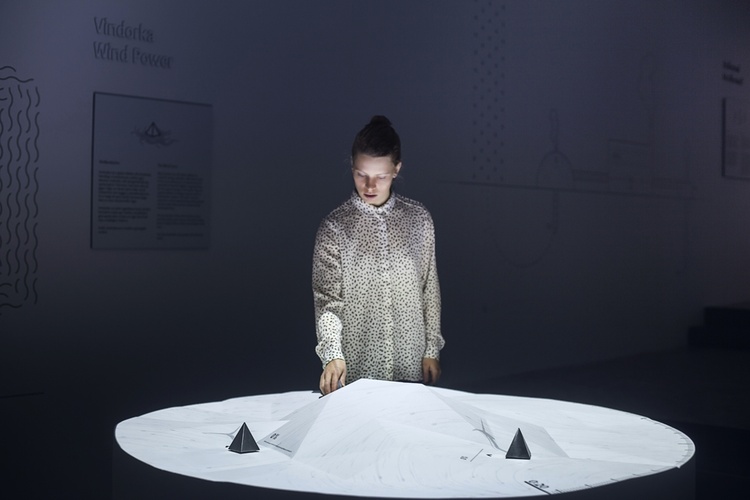 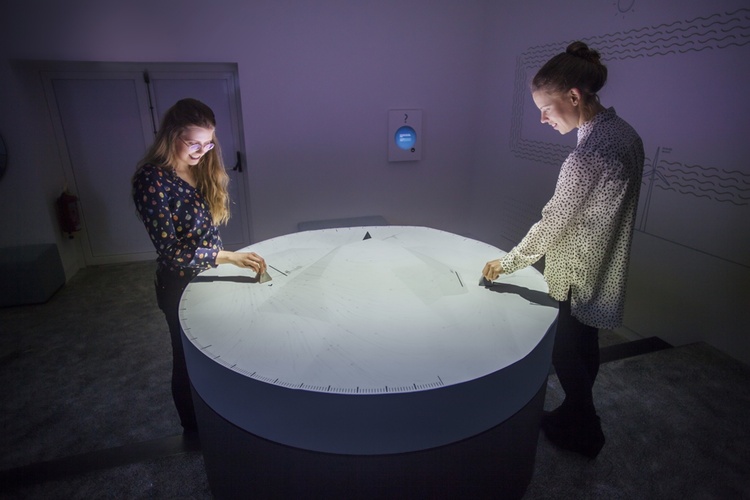 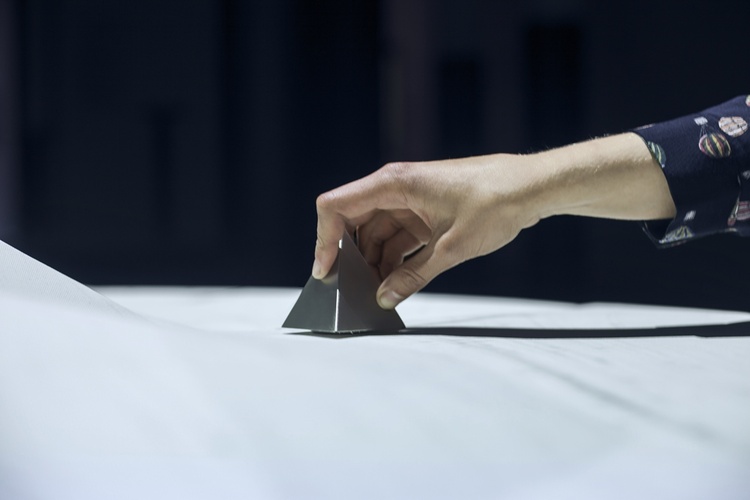 Wind Power gives visitors the opportunity to compete in harnessing wind against time. 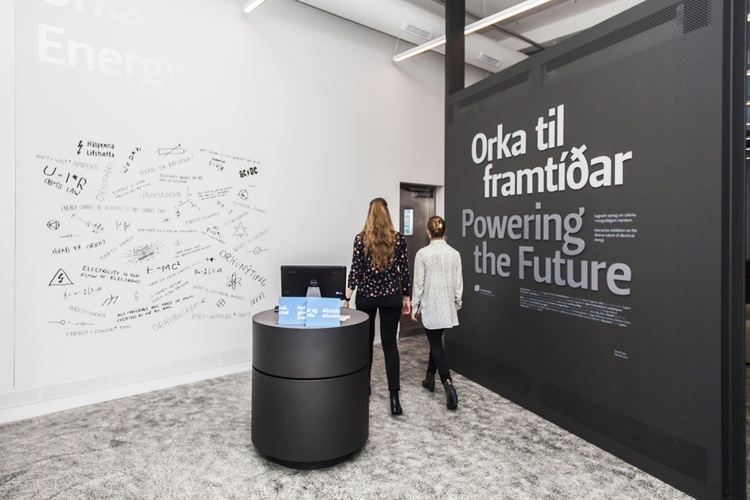 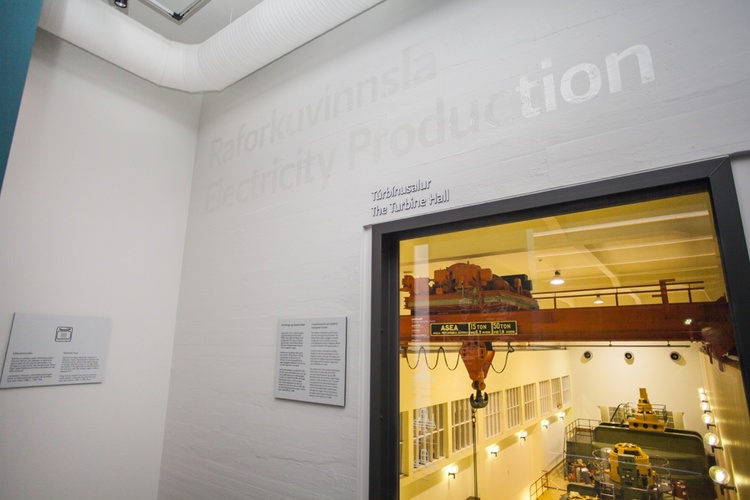 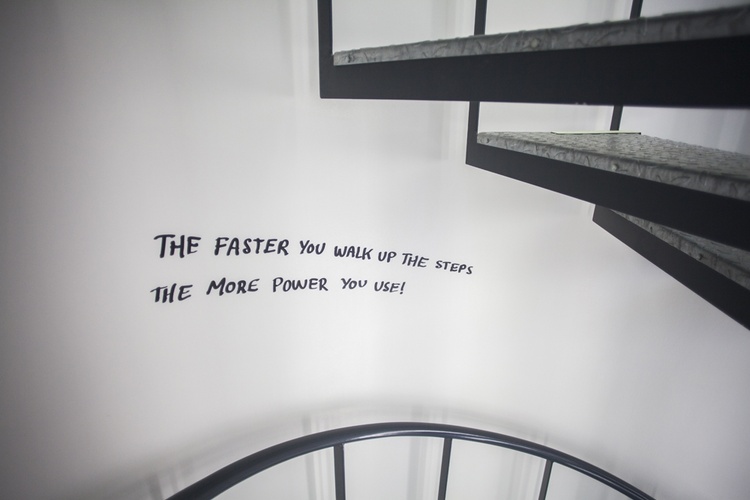 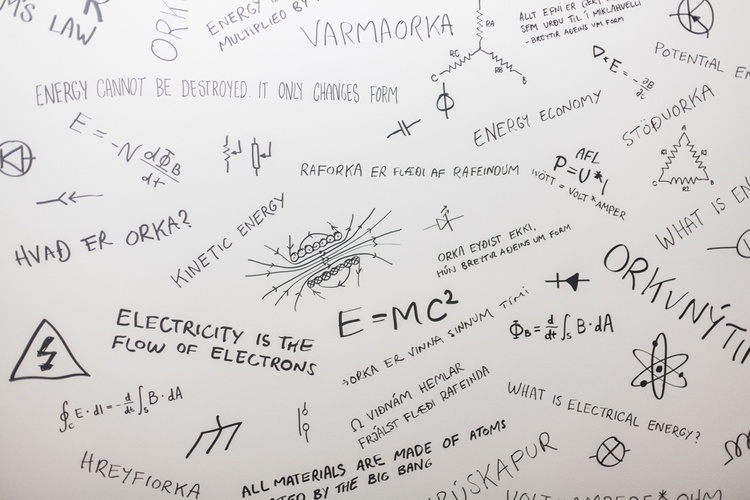 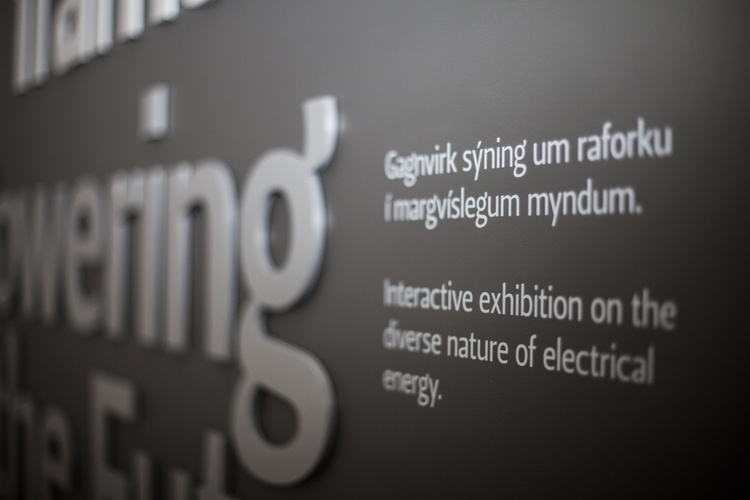 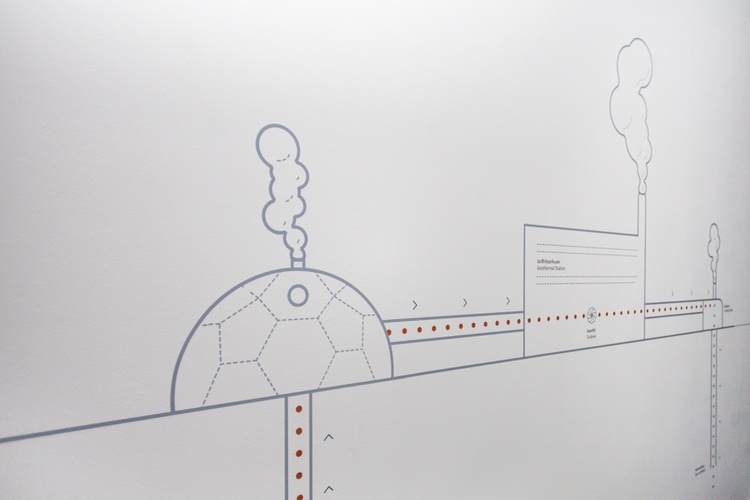 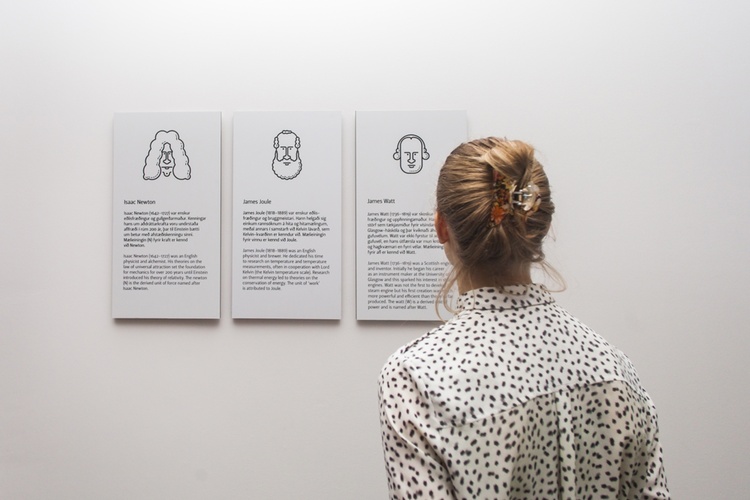 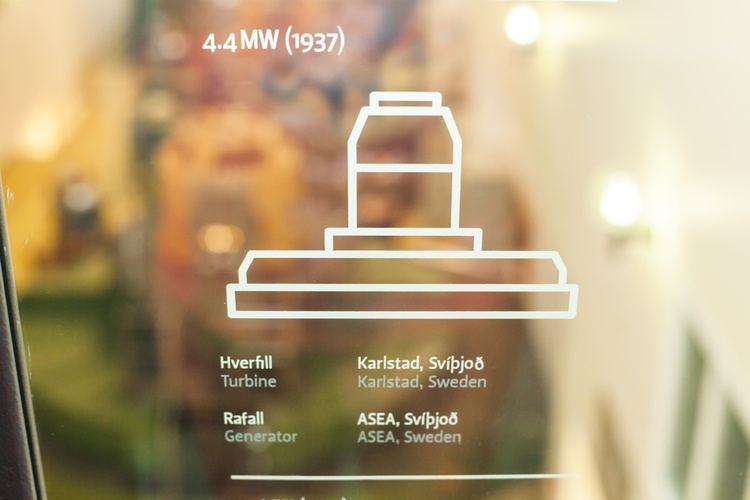 All graphic design was done by Gagarin.